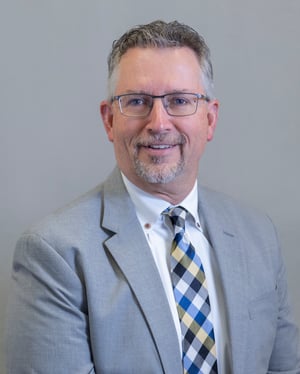 Transition: “a period or phase in which a change or shift is happening”

I think we can all agree that the term “transition” is currently relevant to many aspects of our personal lives and professional practices. Well, the same holds true for ABB One Bill/Primary Eyecare Network.

As an organization started in 1984 by a group of progressive and fiercely independent optometrists in Northern California, Primary Eyecare Network (PEN) has evolved through several iterations in the last 36 years. And as the old proverb states, “the more things change, the more they stay the same.” ABB OneBill/PEN has not changed its goals or role with the profession and support of professional optometry, it is in transition to a more contemporary structure under ABB’s umbrella.

Our hope is that the leverage of a larger group of corporate partners and program supporters, ABB OneBill/PEN will continue to flourish and help professional optometry to expand and progress. With that being said, you will be hearing about and start to notice an increase in the support programs available not just to long term PEN members but to all of ABB’s professional accounts and clients. These programs will include business education, partner vendor support programs, staff support and education for practices and sometimes even “out of the box” ideas that you might not even knew you could utilize or benefit.

From PEN’s beginnings, the professional advisory board has always designated a portion of the yearly PEN fees paid by members to a PIO fund. The Preserving Independent Optometry (PIO) fund was utilized to establish unique programs and business CE that was not ordinarily available in other venues.

With the transition to a new structure, the PIO funds are not as integral to the growth and success of PEN or its support of Professional Optometry as a subsidiary of ABB. As a result of this transition the current Advisory Board has agreed to utilize the remaining PIO funds and establish a Preserving Professional Optometry Endowment at both the Southern California College of Optometry and the UC Berkeley School of Optometry.

These two optometry schools were instrumental in the growth and support of PEN in its early years and the original advisory board members were all graduates, clinical faculty members and huge supporters of their respective alma maters.

We feel it is fitting and impactful to take what those original seven practices did in 1984 and perpetuate their vision into the future graduates and professional practice business owners from these optometry schools.

As the founder of PEN, Dr. Len Osias would always encourage our advisory board and PEN staff to improve and expand our programs to the benefit of PEN’s independent optometric members. As he would say to us in the early days of PEN, “That was great. Now, let’s see if we can make it better!”

With the new ABB OneBill/PEN organization moving forward, we are truly doing just that Dr. Osias.